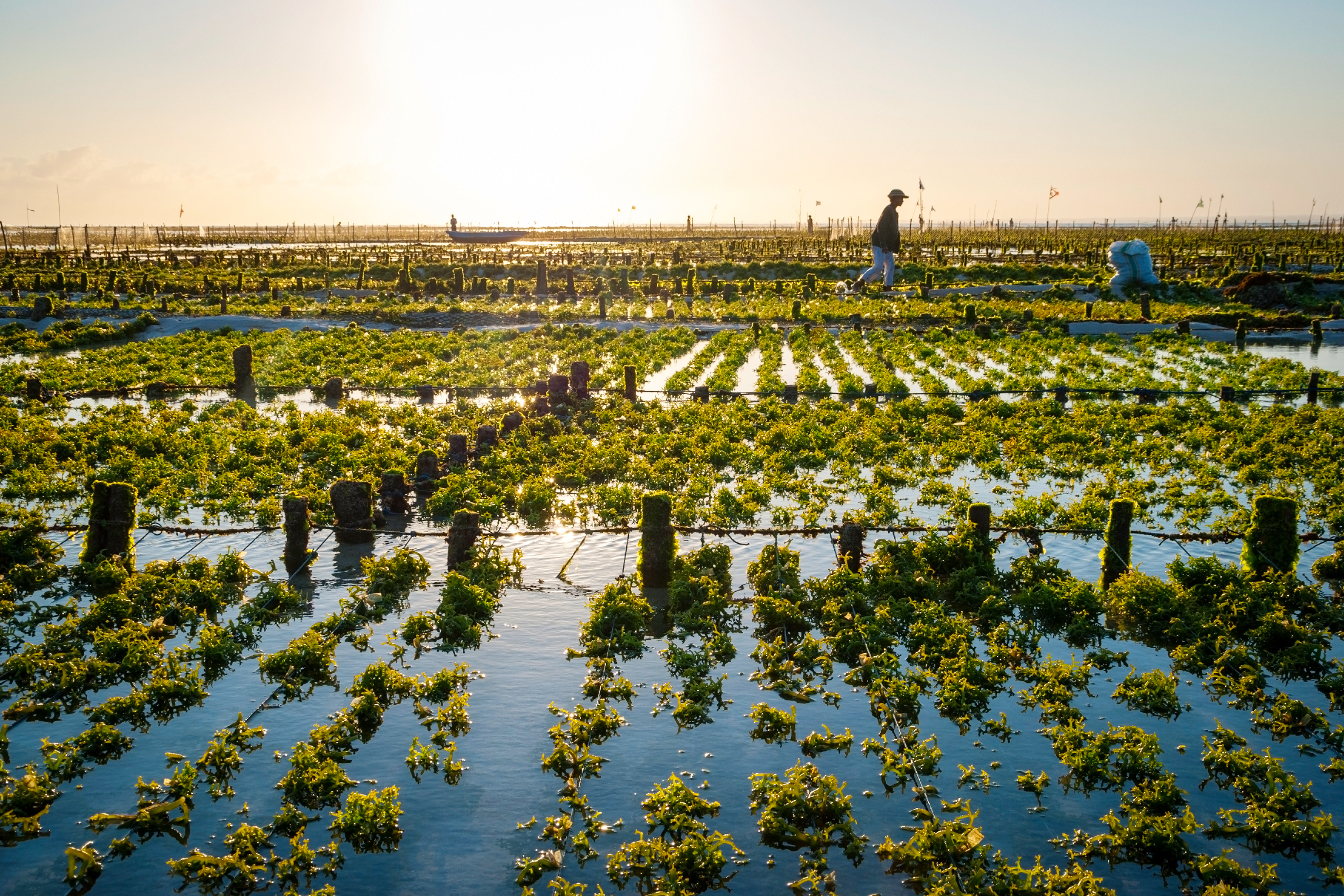 At low tide in Nusa Lembongan it is still possible to see traditional seaweed farmers harvesting their “crops”. Seaweed farming was introduced to Lembongan in the 1980’s and since then it has provided a staple income for many families around the island. The process is one that is time consuming and hard work but it provided many people, for the first time, with an opportunity to generate a much needed income.

Seaweed “farms” are basically square patches of seabed which are marked out by lines of bamboo pegs driven into the sand. Horizontal lines of string are tied from peg to peg creating numerous parallel lines. It is on these lines that the seaweed farmers tie small cuttings of seaweed – much like planting cuttings of shrubs in a garden. Over a 6 – 8 week period these small cuttings will bloom until the entire square patch is a healthy mass of seaweed ready to be harvested.

The harvesting process takes place at low tide and this is when you can see the farmers wading out in the shallow waters and returning with their heavily laden baskets which are literally bursting with seaweed. Their heavy loads are then sorted according to the colour of the seaweed and laid out on canvas sheets to dry in the sun.

The seaweed industry in Lembongan is slowly ebbing away as more locals move into tourism but it is still possible to see the seaweed farms in Jungut Batu and in the Channel between Nusa Lembongan and Nusa Ceningan.

So if you are staying at Villa Nusa or Villa Kecil watch out for the low tide and go and take a look for yourself – or you can just look down on it all from your private pool with incredible views of the Lembongan Bay!